How can we control carbon emissions from the built environment? The case for a carbon land allowance. 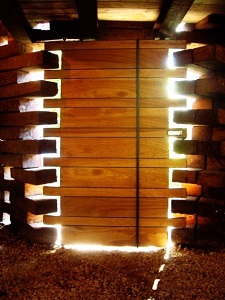 It is typical to begin these articles with a selection of terrifying figures concerning how quickly we need to cut carbon dioxide (CO2) and other greenhouse gas (GHG) emissions if the world has any chance at all of limiting global temperature rises to 1.5 or even 2 or 3°C.

Precise numbers are elusive but the general message is that if we continue at our current emissions rates then we have about a decade or less of emissions before we exceed our target for this century. The message therefore is to take dramatic action right now [source].

Suffice to say that the embodied carbon in the built environment is fairly big chunk of the UK’s overall CO2 emissions.

Since about the mid-1980s, successive editions of the UK Building Regulations have attempted to reduce the operational energy that buildings use (typically heating and excluding plug loads), and hence reduce their operational CO2 emissions. This was and still is a very sensible thing to do as over time operational CO2 emissions for a building quickly outstrip the embodied CO2 in the building’s construction. There is a very good case to say we should have had tighter energy efficiency regulations already and that we should have even tighter energy efficiency regulations in the future too.

But why has embodied carbon been overlooked for so long and why, generally speaking, is the amount of CO2 emitted to the atmosphere during a building’s construction completely unregulated in the UK? It’s a mystery but commissioners and designers of buildings will be slow to act unless required to.

Recently this anomaly has received some attention and most suggestions around controlling the embodied carbon in a building’s construction focus on taxing carbon and commoditising it in some way, or placing a limit on the total CO2 that a building can emit over a prescribed lifetime whether embodied or operational in origin.

Here at Allt towers however, an idea we’re interested in is to restrict embodied CO2 emissions on a land basis. Subject to the expected use of land (eg: low-rise housing, industrial, or high-rise commercial development, if the latter is still really needed) an embodied CO2 emissions allowance for every parcel of land can be set. The allowance obviously being higher for denser development and lower for less dense development. So, if you own some land and want to develop it you can use your entire embodied CO2 allowance however you wish but the value of your land is clearly going to be affected by how much of your allowance is used up.

How does this help?

Well, it means that there will be a big incentive to both build buildings to last (which is crucial) and to build them while emitting as little CO2 as possible (which is also crucial). The value of your land will depend largely on how your building can be adapted and re-used and the carbon allowance left on that land.

And why is this better than a carbon tax? Because you can’t buy your way out of the restrictions.

Who loses out? This proposal may have an affect on existing land prices as land value has been artificially inflated by property speculation over recent decades and so if you own land when the carbon land allowance is introduced you may find the book value of your portfolio reduces. But it is a one-off write-down on land values and should really be seen as the correction of a land value anomaly.

We’d love to hear thoughts on this, so please get in touch on social media, by email, or through the Contact page on this website.